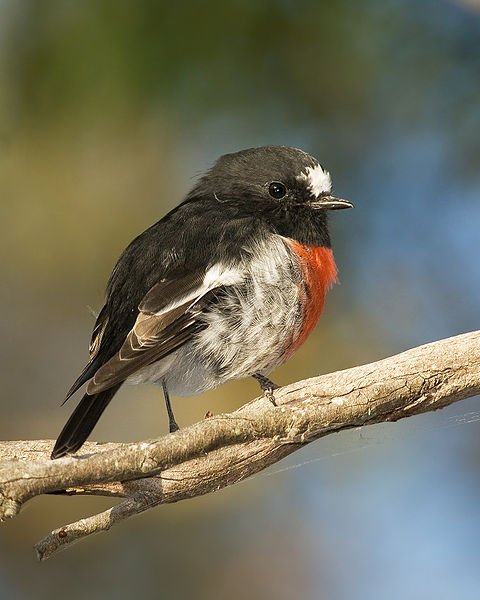 Birds (class Aves) are winged, bipedal, endothermic (warm-blooded), vertebrate animals that lay eggs. There are around 10,000 living species, making them the most numerous tetrapod vertebrates. They inhabit ecosystems across the globe, from the Arctic to the Antarctic. Birds range in size from the 5 cm (2 in) Bee Hummingbird to the 3 m (10 ft) Ostrich. The fossil record indicates that birds evolved from theropod dinosaurs during the Jurassic period, around 150–200 Ma (million years ago), and the earliest known bird is the Late Jurassic Archaeopteryx, c 150–145 Ma. Most paleontologists regard birds as the only clade of dinosaurs that survived the Cretaceous–Tertiary extinction event approximately 65.5 Ma.  Modern birds are characterised by feathers, a beak with no teeth, the laying of hard-shelled eggs, a high metabolic rate, a four-chambered heart, and a lightweight but strong skeleton. All birds have forelimbs modified as wings and most can fly, with some exceptions including ratites, penguins, and a number of diverse endemic island species. Birds also have unique digestive and respiratory systems that are highly adapted for flight. Some birds, especially corvids and parrots, are among the most intelligent animal species; a number of bird species have been observed manufacturing and using tools, and many social species exhibit cultural transmission of knowledge across generations.  Many species undertake long distance annual migrations, and many more perform shorter irregular movements. Birds are social; they communicate using visual signals and through calls and songs, and participate in social behaviours including cooperative breeding and hunting, flocking, and mobbing of predators. The vast majority of bird species are socially monogamous, usually for one breeding season at a time, sometimes for years, but rarely for life. Other species have breeding systems that are polygynous (“many females”) or, rarely, polyandrous (“many males”). Eggs are usually laid in a nest and incubated by the parents. Most birds have an extended period of parental care after hatching.  Many species are of economic importance, mostly as sources of food acquired through hunting or farming. Some species, particularly songbirds and parrots, are popular as pets. Other uses include the harvesting of guano (droppings) for use as a fertiliser. Birds figure prominently in all aspects of human culture from religion to poetry to popular music. About 120–130 species have become extinct as a result of human activity since the 17th century, and hundreds more before then. Currently about 1,200 species of birds are threatened with extinction by human activities, though efforts are underway to protect them.